May all your dreams be caught 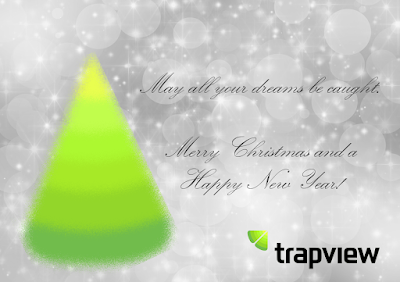 Posted by TRAPVIEW at 02:21 No comments: 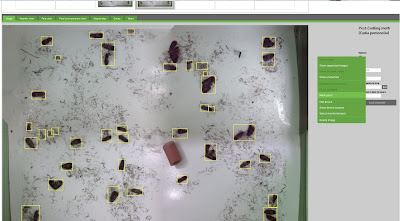 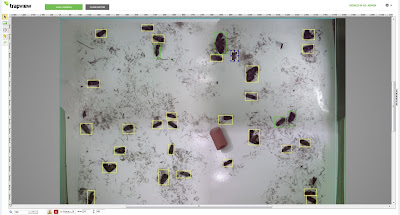 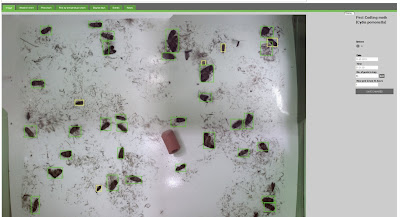 For more information on how to do the manual review you can always refer to the help menu within the Trapview application.
Posted by TRAPVIEW at 01:10 18 comments:

Ceratitis capitata is highly polyphagous and, as such, uses the various hosts in its environment as stepping stones, moving from one to another as fruit mature throughout the season.” This gives Medfly the ability to destroy an area’s production of many fruits.

The Medfly originated in Africa. It has since spread throughout the Mediterranean region, southern Europe, the Middle East, western Australia, South and Central America, and Hawaii. In general, it is found in most tropical and subtropical areas of the world.

Ceratitis capitata is a highly invasive species. It has a high economic impact, affecting production, control costs and market access.

The adult medfly is 4 to 5mm long, (about two-thirds the size of a housefly). The general colour of the body is yellowish with a tinge of brown, especially the abdomen, legs, and some of the markings on the wings. The oval shaped abdomen is clothed on the upper surface with fine, scattered black bristles, and has two narrow, transverse, light coloured bands on the basal half. The female can be distinguished by its long ovipositor at the apex of the abdomen.

Posted by TRAPVIEW at 05:31 No comments: